Oppenheim Lecture: Animation and Environment: A Conversation with the Creator of Wall-E, Finding Nemo, and A Bug’s Life

Andrew Stanton of Pixar Studios, creator and director of Academy Award-winning animated films, joins Ursula K. Heise, Professor of English and co-founder of UCLA’s Laboratory for Environmental Narrative Strategies (LENS), for a conversation about animated film as a vibrant and popular medium of environmental communication. 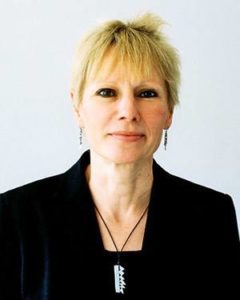 Ursula K. Heise is Marcia H. Howard Chair in Literary Studies at the Department of English and the Institute of the Environment and Sustainability at UCLA. She researches, teaches, and publishes on environmental literature and film. Her publications include Sense of Place and Sense of Planet: The Environmental Imagination of the Global (2008), “Plasmatic Nature: Environmentalism and Animated Film” (2014), and Imagining Extinction: The Cultural Meanings of Endangered Species (2016). She is also a co-founder of UCLA’s Laboratory for Environmental Narrative Strategies (LENS).