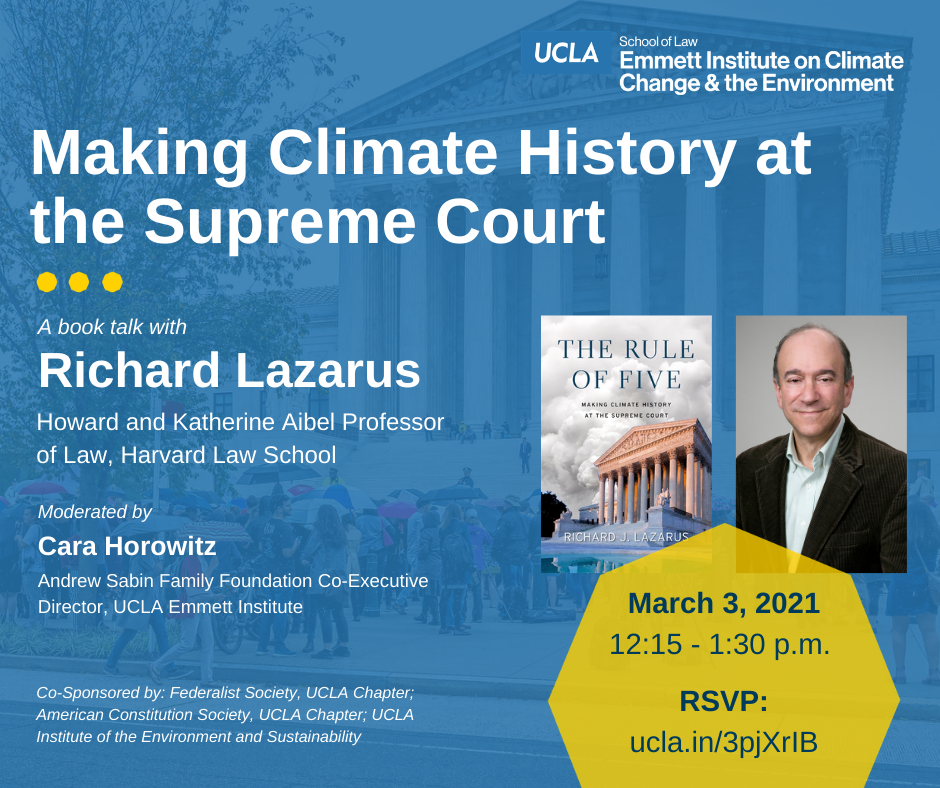 Please join the Emmett Institute this Wednesday, March 3, at 12:15 p.m. PST, for a talk with Harvard Law professor Richard Lazarus to discuss his book, The Rule of Five: Making Climate History at the Supreme Court, on the landmark Massachusetts v. EPA decision and the court’s role in environmental law and policy.

When the Supreme Court announced its ruling in Massachusetts v. EPA the decision was hailed as a landmark, leading EPA to regulate carbon dioxide and other greenhouse gas emissions as pollutants and making possible important environmental safeguards which the Trump administration sought to unravel, and which President Biden is now planning to restore. The case has been recognized as the most important environmental law decision made by the Supreme Court.

At an Emmett Institute book talk on Wednesday, March 3, Richard Lazarus, Howard and Katherine Aibel Professor of Law at Harvard Law School, and author of The Rule of Five: Making Climate History at the Supreme Court, will describe how accidents, infighting, luck, superb lawyering, and the arcane practices of the Supreme Court collided to produce a legal miracle. Cara Horowitz, Andrew Sabin Family Foundation Co-Executive Director of the Emmett Institute, will moderate the conversation.