Life on the Move | It’s Time to Leave, The Causes of Migration

Life on the Move Lecture Series

All plants and animals, including humans, move during

their lifetimes, but some take truly harrowing or magnificent journeys to new lands and habitats. This Fall, the La Brea Tar Pits and Museum will join the UCLA Institute of the Environment and Sustainability to produce a three-night conversation between the people of Los Angeles and the leading experts on migration. Looking across species and time, we strip away politics and nation-state boundaries to discover the causes and outcomes of migration for all life forms.

First of Three Lectures – It’s Time to Leave, The Causes of Migration

For many species, migration is a question of when, not if. Sometimes it is the result of fresh opportunities in unfamiliar terrain. Other times it is driven by external forces, natural and unnatural. From floods and fires to developing societies — tonight we will get to the root causes of migration.

Check out the other lectures in the series here:
10/18 – A New Home, The Effects of Migration
11/1 – Los Angeles, A Migration Haven 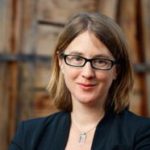 ​​​​​​Dr. Emily Lindsey is Assistant Curator and Excavation Site Director at the La Brea Tar Pits and Museum. Her research focuses on using information from the last 50,000 years of ecological upheaval to understand how climate change and human actions combine to cause extinctions, and to predict how plants and animals will respond in the face of modern global change. Dr. Lindsey has conducted fieldwork in the United States, Antarctica, Chile, Guyana, and Ecuador, where she studies the geology and paleontology of tropical asphaltic fossil sites.

Dr. Lindsey is Adjunct Faculty in the Institute of the Environment and Sustainability at UCLA and the Department of Earth Sciences at USC, and serves on the board of the Institute for Field Research. She studied at Brown University, the University of California – Berkeley, and as a Fulbright scholar at the Museo Nacional de Historia Natural in Uruguay, before joining NHMLA in 2016. 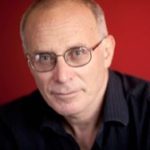 Roger Waldinger, Distinguished Professor (Ph.D. Harvard, 1983) and Director of the UCLA Center for the Study of International Migration works on international migration: its social, political, and economic consequences; the policies and politics emerging in response to its advent; the links between immigrants and the countries and people they have left behind; the trajectories of newcomers and their descendants after migration. He is the author of over 100 articles and book chapters and nine books, most recently, Origins the Destinations: The Making of the Second Generation (Russell Sage Foundation, 2018):  A Century of Transnationalism: Immigrants and their Homeland Connections (edited with Nancy Green; University of Illinois Press, 2016) and The Cross-Border Connection: Immigrants, Emigrants, and their Homelands, (Harvard University Press, 2015). 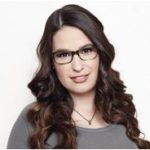 Cara Santa Maria is a Los Angeles Area Emmy and Knight Foundation
Award winning journalist, science communicator, television personality, producer, and podcaster.Cara is a correspondent on National Geographic’s Explorer and Netflix’s Bill Nye Saves the World. She is the creator and host of a weekly science podcast called Talk Nerdy with Cara Santa Maria and cohosts the popular Skeptics’ Guide to the Universe podcast. She is a founding member of the Nerd Brigade and cofounded the annual science communication retreat #SciCommCamp.

Cara earned her B.S. in Psychology from the University of North Texas in 2004, followed by an M.S. in Neurobiology in 2007. She is currently working toward a Ph.D. in Clinical Psychology with a concentration in Social Justice and Diversity from Fielding Graduate University.