Green Careers: A Path to the Future 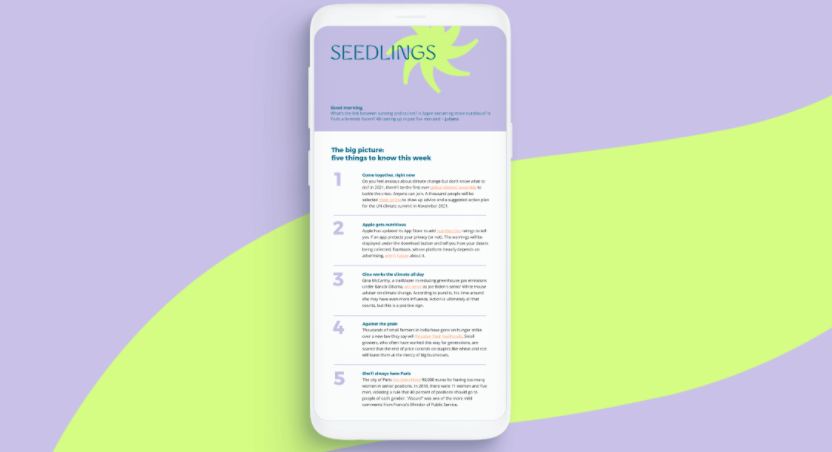 On Wednesday September 22, join three top speakers from the NGO, startup and digital media worlds to learn about their career paths, current roles, and how you can also forge a career that makes a difference. From helping revolutionize the plant-based meat market, to founding and leading an upstart climate NGO, to becoming a environment-focused digital media influencer, our speakers have been there and done it – and they’ll tell you how.

The event is hosted by Seedlings, the media platform for the climate generation. Our commitment is to a new kind of storytelling that not only informs, but connects us as people and gives us the tools we need to do something positive.

Will Schafer played a key part in the explosive growth of Beyond Meat from startup to $8 billion enterprise as its Vice President of Marketing. Now, he is driving the plant-based meat firm’s international expansion with the aim of accelerating Beyond’s mission and impact on a global scale. Will earned his MBA from Kellogg School of Management and a BA from UT Austin.

Kristy Drutman is the face behind Brown Girl Green. She is an environmental influencer and digital media strategist who has built an audience of more than 50,000 people. On her podcast, she features environmental leaders and advocates about creative solutions to the climate crisis. She is also an Assistant Lecturer at the University of California, Berkeley, where she gained her BA.

Dr Eliza Nemser is an earth scientist and the Executive Director of Climate Changemakers, an NGO focused on making climate action a habit. Previously, she worked with the Natural Resources Defense Council Action Fund, advising federal policymakers on science-based policy. She gained her MSc and PhD in geological and earth sciences at the University of Washington.